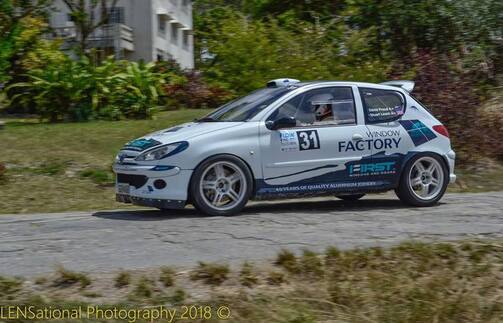 2004 Peugeot 206 GT:
The Peugeot 206 started life as a GTI180 demonstrator for Peugeot New Zealand. After a small incident at a press testing day it could no longer be sold as a new car, so Mike bought it to build into a rally car. Originally designed for gravel events it has competed in three Silver Fern Rallies – coming second overall in 2008. In 2014, it was converted to tarmac specification to compete in the 2015 Barbados Rally in the Caribbean where it finished three times in consecutive years. For 2019, it has been converted to a 206 GT with the extended bumpers used to homologate the 206 WRC. It has also been fitted with super 1600 subframes and suspension for a wider track. 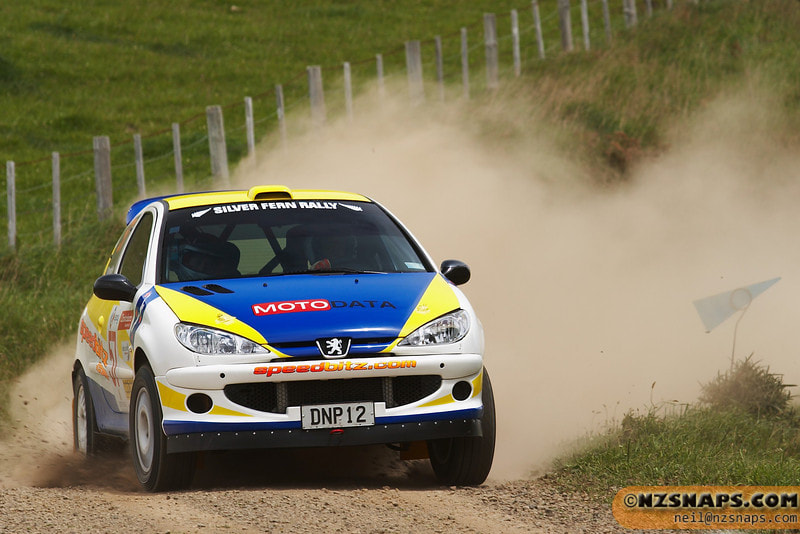