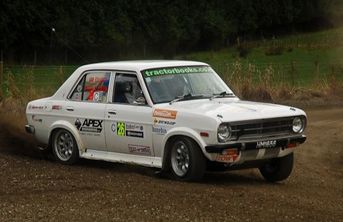 History:
Brown brothers in Timaru built the car from two surviving half cars salvaged from right-offs about 1975. David Brown ran the car before Malcom Budd purchased the car and did over 100 events in it. It was then purchased by Robbie Elliot. Robbie Elliot then sold the Datsun to his cousin Ian Elliot. Robbie then bought the Datsun back from cousin Ian. Robbie rallied it for a bit longer and then the car sat un-used at Glenavy for a while until it was bought by Steve Cattermole including all spares, tyres and two pairs of overalls for the sum of $2000. It was used for many years and did many events until it was parked up to begin a re-shell when Ian Elliot bought the car from Steve Cattermole. This is now the re-shelled white 1200 that Ian Elliot currently uses. Car is fitted with a 1500cc engine. 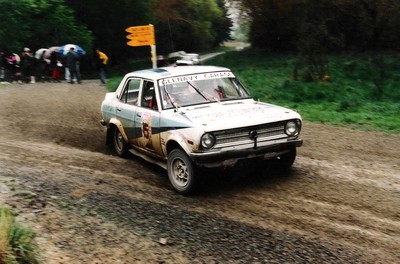 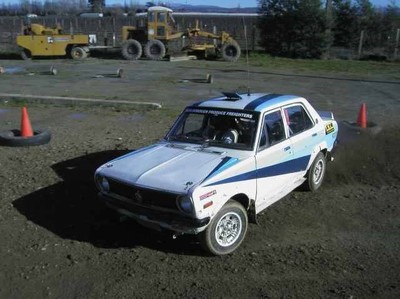 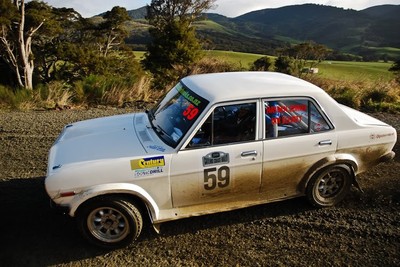 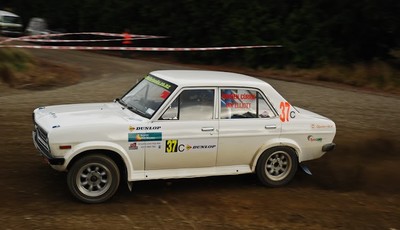 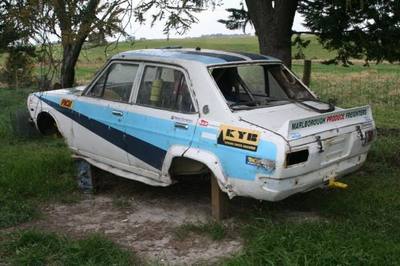 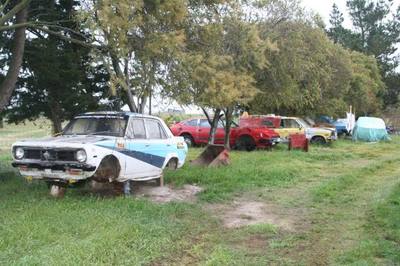 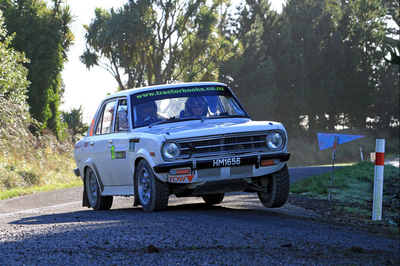 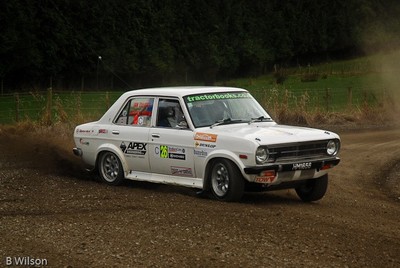 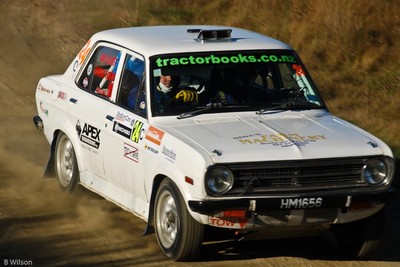 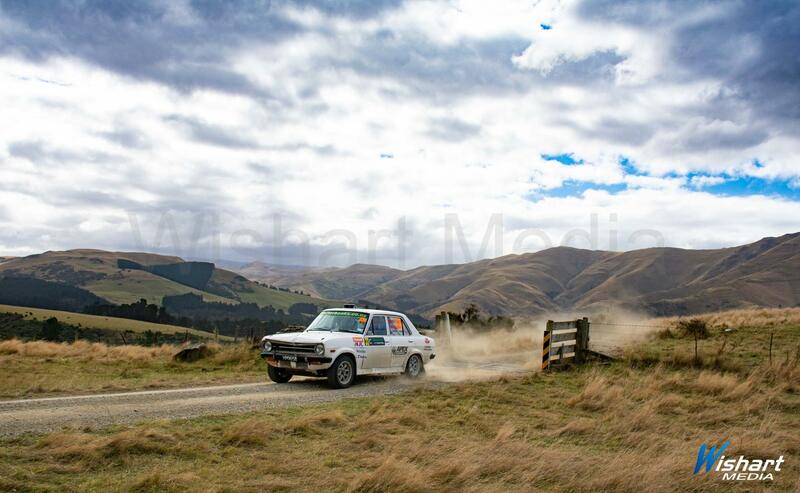