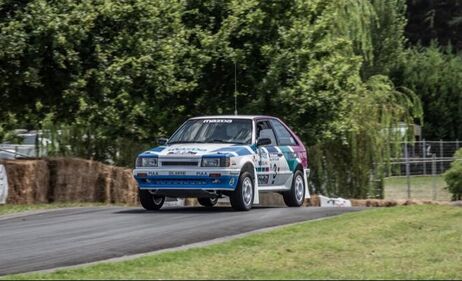 History:
This is a story that RallySport Magazine in Australia published back in 2018.

The story of the re-birth of Rod Millen’s Asia-Pacific Rally Championship-winning Mazda 323 4WD is one that just about every rally fan can relate to. Two mates, a long road trip, and tales of rallying adventures of the past …. you know how it goes!
Kiwi mates Richard Cocker and Ross McKay where talking about such old times, names of the past and what has happened to some of the old cars and where they ended up. Mid conversation, Richard pipes up and says “OL4090”. According to Ross, Richard was a bit of a train spotter and knew the names and cars, and where things happened, that most of us would have long forgotten about.

About 17 years earlier, Richard had co-driven in OL4090 for a few NZ national championship rounds for a local driver.
He remembered that there was always something special about that car, and that he loved the way it was built for the day, and the history behind it. Three days later, Ross’s phone rings, with Richard saying: “Write this number down. It is the guy that owns OL4090”, and he left it at that. Ross sat on that phone number for a couple of days, pondering whether he needed another project. Having won the 1992 NZ National Junior Rally Championship in a Group N Mazda, the same model as this one, he naturally had strong ties and fond memories of this particular model 323.

A few phone calls and three weeks later, Richard and Ross were on another road trip into the back blocks, way north of Auckland, to where OL4090 was, and had been sitting in a shed, unused, for the last six years. “After getting it home I was unsure exactly what we were going to do with the car,” Ross says. “I made a trip to one of the first Leadfoot Festivals, an event that runs up Rod Millen’s own driveway.
“After talking with Rod and meeting with Peter Davidson, who had worked on the car back when Rod won the 1989
Asia Pacific Rally Championship (APRC) in it, it soon become clear that Rod had never driven the car in right hand drive form.
“It had been converted from its original left-hand drive when Rod sold the car back to NZ to former NZ Rally Champion Dave Ayling,” Ross added. The search then began for some left-hand drive parts to return it back to its original state. This was proving quite difficult, but they found a complete left-hand drive rally car in Iceland. That car also had the ‘sought after’ X-Trac 6-speed gearbox of that era. “We purchased the car and shipped it out to New Zealand, and then stripped it of the left hand drive parts that were needed, and then the original car was rebuilt from there,” Ross continues. “In 1989, OL4090 was built from new at Rod Millen Motorsports in America as part of a two car team to take on the 1989 APRC. It was run in Rod Millen Motorsports’ livery and ran a 5-speed gearbox “They went on to win the championship that year.

“OL4090 was the car Rod’s team used in the WRC rounds of New Zealand and Australia, where in Rally of NZ he finished
second overall behind the European Mazda of Ingvar Carlsson, giving Mazda its only ever 1-2 finish at a WRC event.”
The car was then taken to Australia and finished fifth overall behind the all-conquering European factory Lancia and Toyota teams. A second Mazda, OL4091, was used in the three other APRC rounds. The following year, in 1990, the car ran in official Mazda team colours and become part of an official Mazda Rally Team Asia/Pacific. It was also upgraded to use an X-Trac 6-speed gearbox for that year. After striking turbo trouble in Rally New Zealand and being withdrawn from Rally Australia, the team ended up third in the APRC behind Carlos Sainz and Ross Dunkerton.

“Although the car had more success in the Rod Millen Motorsport livery, a decision was made when we found the X-Trac gearbox that it need to run in the colours that stayed true to the specification of the time,” Ross says.
“It has taken seven years to complete the restoration and, where possible, to keep it as close as we could to the era.
“The car is running the same suspension, fuel system, 4-pot calipers of the era, and instrumentation.
“It’s interesting to note that we believe it still has the original steering wheel, co-driver tripmeter, and also the very rear-directional
Panasport wheels that Rod designed for himself. They have the Millen name manufactured into them.”
Ross plans to take the car to the 2019 Leadfoot Festival, to mark exactly 30 years since Rod Millen won the APRC in this very car. It will, in part, be in memory of his good mate, Richard Cocker.

“Richard discovered the car and had the passion behind this project, but he passed away before the restoration was complete, ” Ross says. “His attention to detail will be held in high regard with his involvement working alongside the painter, using those train spotter skills to get the colour match spot on.” What Ross, and Richard, have created is a brilliant restoration of a car that thousands of rally fans will recall with great fondness. The three versions of the Mazda 323 Famila were well known for their fragile gearboxes, but in the right hands (such as those of Rod Millen), and with a slice of mechanical sympathy, they were indecently quick!
Seeing this piece of rallying history out of a shed and returned to its former glory makes all the time, effort and money spent worthwhile. 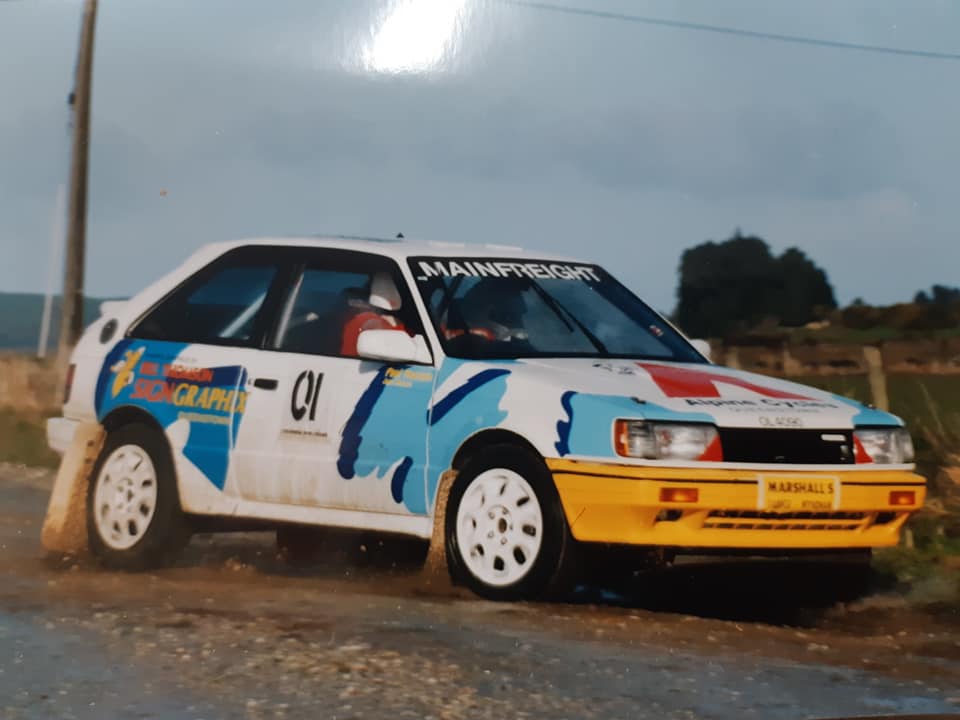 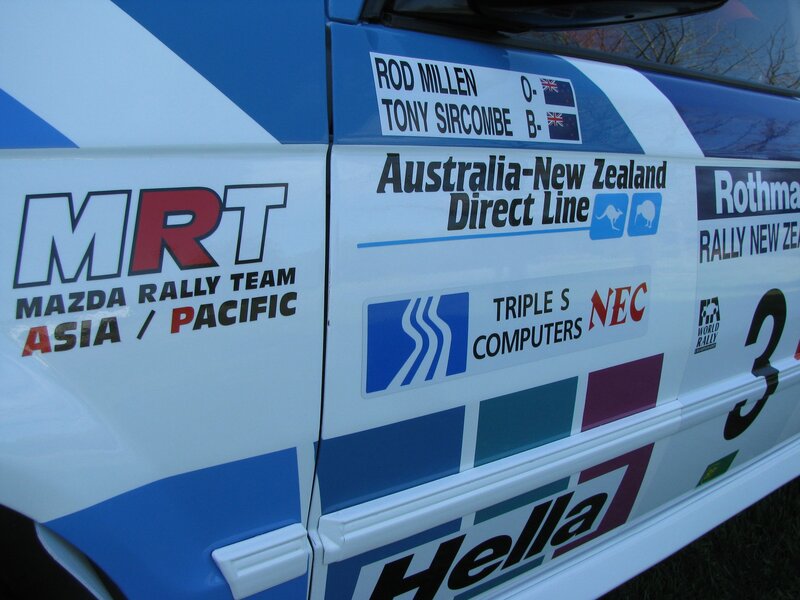 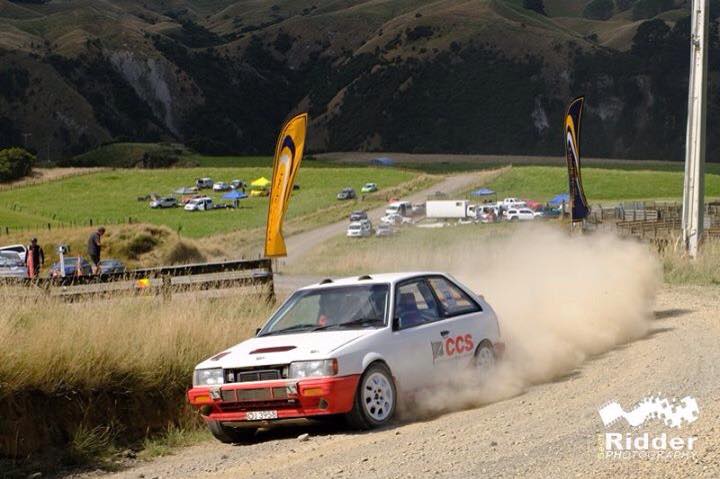 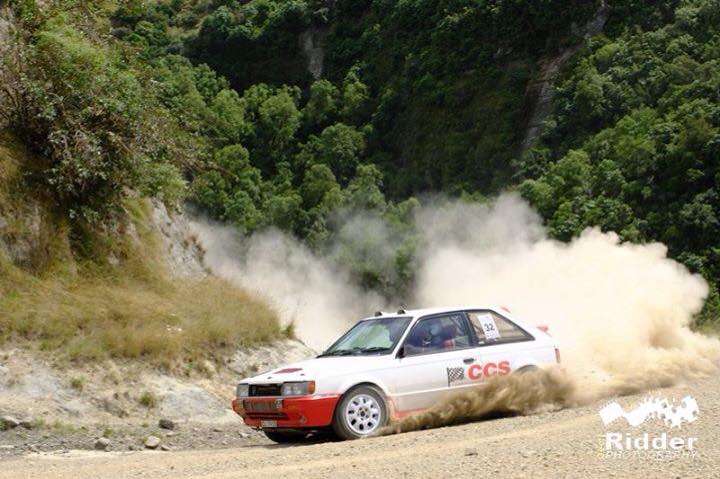 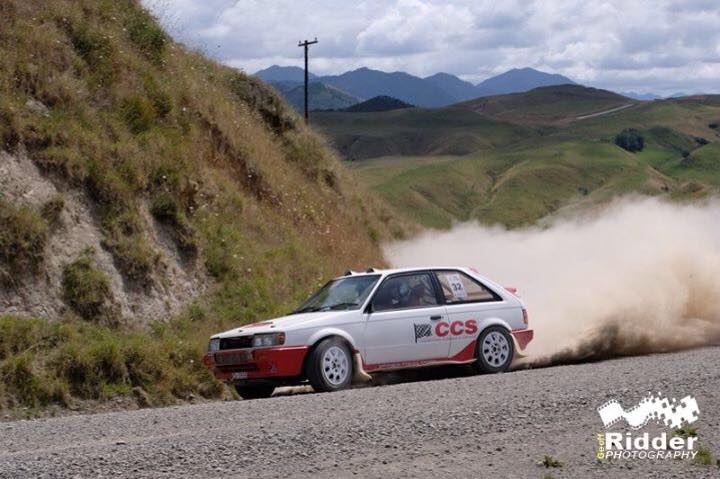 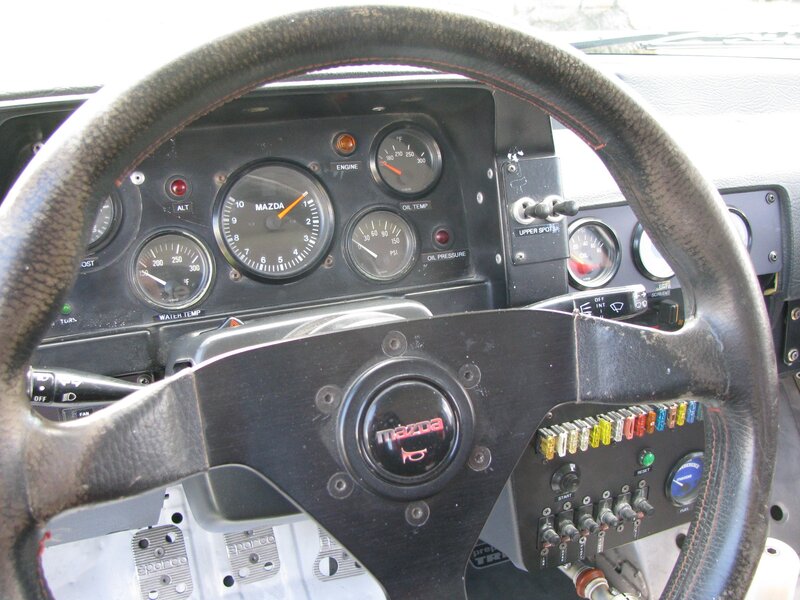 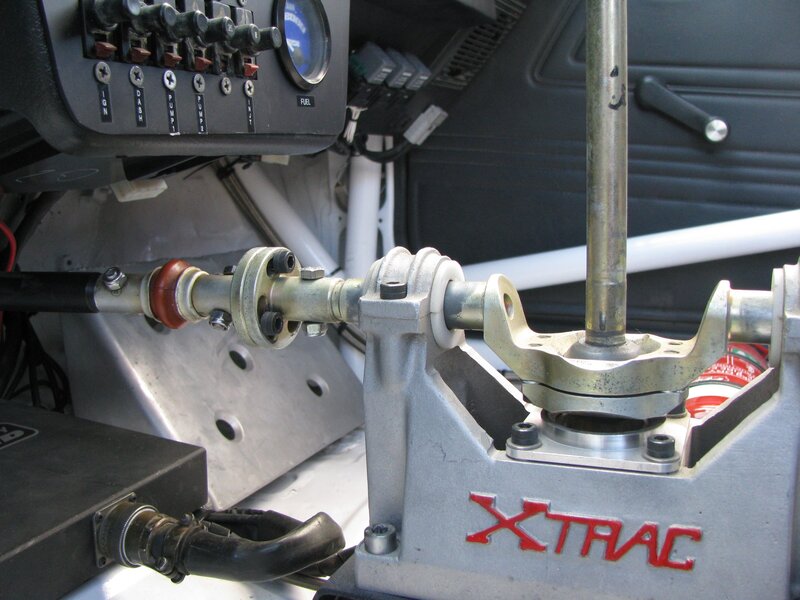 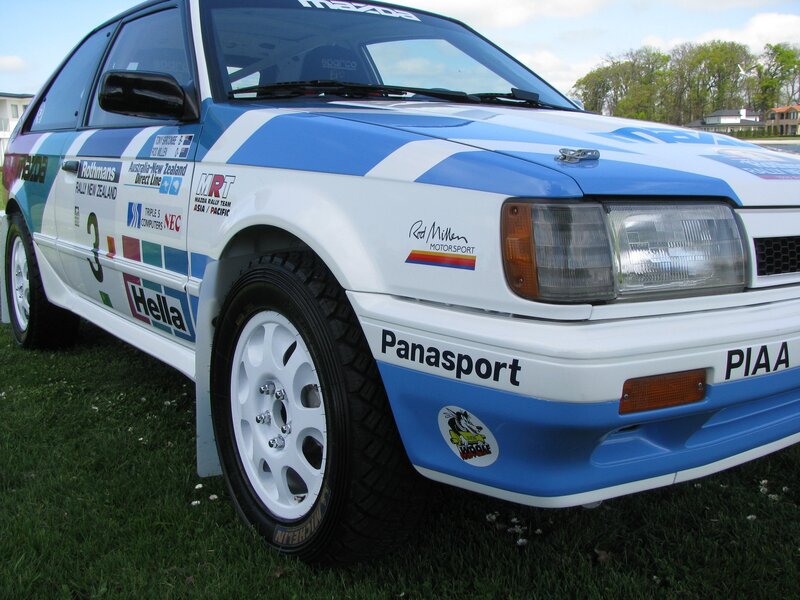